In a bid to create avenues of job creation for Ghana’s teeming unemployed youth, the government through its numerous policies, programmes and initiatives instituted the ‘one district, one factory’ programme to be implemented in the various districts of the Volta Region.

The programme is also intended to provide opportunities for the private sector to cash in by setting up factories and industries using indigenous raw materials and also making use of local labour as a way of creating employment.

However, the ride has been rough for the Volta Region as the programme continues to face myriad of challenges which will hinder the success of the initiative.

The government in 2018 extended financial support to some existing factories in the region as part of the programme in order to help them stay afloat. Caltech Ventures, a bio fuel production factory at Hodzo, near the capital, Ho, is already engaged in a more vibrant production with its latest addition of mercury production. Volta Forest products Limited, a timber processing company at Hohoe, has also received government funding as part of the initiative.

A total of 36 factories under the project were expected to commence in the region, including rice and cassava processing factories at Hohoe and Dzodze respectively.

The projects have, however, hit blockades with land disputes and funding issues ranking high.

Numerous land disputes and cumbersome bureaucracies in accessing land designated for the projects are the debilitating factors which have succeeded in scaring away investors who are as a result now willing to relocate to other regions or less volatile environments to invest . 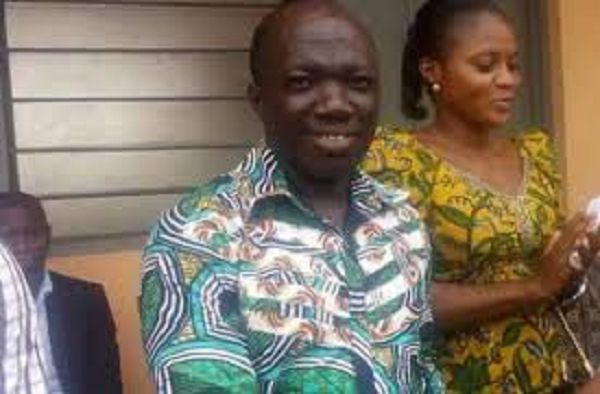 The Dean of MMDCEs in the Volta Region and District Chief Executive for North Dayi, Mr Edmund Kudjo Attah, speaking to the Daily Graphic said, “every little thing you want to do in the Volta Region, you are confronted with land acquisition challenges. There is no project that I am doing that I’ve not faced difficulties in terms of land.”

He cited several projects, including the construction of a new bungalow and a modern lorry park at Anfoega, which had all been confronted with land disputes. “It is an attitude,” he said.

“I will want to plead with our land owners that if it is about development, they should give out lands, though there is nothing wrong with some little conditions including compensations and the like, but the processes and disputes are frustrating.

“We have to develop our region, nobody is going to do it for us and so when we have the opportunity, let’s take advantage of it,” he added.

Following its shake up, the country’s banking sector is taking a gradual path in becoming robust. The sector is crucial to the success of the government’s 1D1F, but they are unwilling to lend to investors in order to fund projects under the initiative.

The Volta Regional Officer for the Ministry of Trade and Industry, Ms Josephine Dzotsi, who made this assertion said, “I hope that the banks would have completed their due diligence in time so they start the disbursement of funds.” Until then, investors from the private sector would have to seek out funding on their own”.

It has also been identified that most Ghanaians have a skewed perception about the 1D1F programme and its implementation.

A section of the public who spoke to the Daily Graphic said they expected the government to wholly make interventions in setting up the factories to employ them instead of creating avenues for third parties from the private sector to participate.

The Dean of MMDCEs said, “I believe that people have misconstrued the 1D1F concept. The government itself is not putting state money into it. What the government is doing is to facilitate and provide the enabling environment and the legal framework to enable investors.

“I am pleading with the people of the Volta Region, especially those who have the wherewithal to accept this challenge and come on board. This is good for all of us instead of sitting on the fence and saying we are not able to do 1D1F.

“We are clear in our minds what we wanted to do from the beginning that we have to facilitate it and so we need the individuals to help us to enable us get it done, that’s how it is supposed to be.”